Do You Know What The Dark Web Is?

You may have heard of the dark web, but do you really know what is going on in this special part of the Internet that you need software to access? What if somebody told you that there was a huge portion of the Internet that few people have ever been to? That right now, there is a place online that you can’t get through via your Firefox or Google Chrome web browser that houses 7500 terabytes of information? A place that has between 400 and 550 times more public information than the “regular” Internet, spread out across more than 200,000 different sites? This may sound like fiction, but it is very much a reality. The above statistics […]

You may have heard of the dark web, but do you really know what is going on in this special part of the Internet that you need software to access?

What if somebody told you that there was a huge portion of the Internet that few people have ever been to? That right now, there is a place online that you can’t get through via your Firefox or Google Chrome web browser that houses 7500 terabytes of information? A place that has between 400 and 550 times more public information than the “regular” Internet, spread out across more than 200,000 different sites? 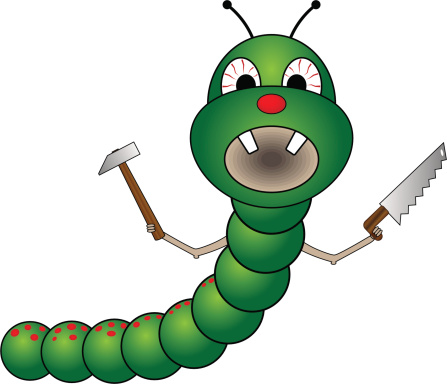 This may sound like fiction, but it is very much a reality. The above statistics are referencing something called the dark web and if you’ve never taken the time to learn about it, now would be an excellent time to start.

What is the Dark Web?

Technically, the dark web is just a blanket term used to describe either A) a part of the web that requires special software to access, or B) any website that hasn’t been indexed by Google. As the vast majority of all online interactions essentially begin with a search engine, a site that doesn’t appear – even when you search for it by name – on an engine like Google essentially doesn’t exist at all.

But these sites do exist and they’re a lot seedier than you were likely even imagining.

To the first point, certain areas of the dark web are only accessible via specialized applications. Tor, Freenet and I2P are some of the most prominent example. Tor is a name you’ve likely heard before in reports on the dark web on your local news, as it is the most popular of these applications in large part because it is also the easiest to use.

The Implications of the Dark Web

The major appeal of the dark web comes by way of anonymity – applications like Tor promise total secrecy and complete anonymity as they don’t connect a “user” and a “server” through traditional means. Instead, they use what are commonly referred to as Tor relays – specially configured computers that act as nodes. As a message moves from one node to another, it is encrypted in such a way that only the machine that sent it and the machine it is being sent to can decode it.

Pass a message across enough of these nodes and it becomes incredibly difficult – if not downright impossible – to decrypt.

Because of this greater degree of anonymity and secrecy, the dark web is incredibly popular among people with malicious intentions. But it isn’t just cyber attackers who are making use of these resources – everyday criminals, pedophiles and even certain terrorist groups regularly communicate via these means.

Just one frightening example of the “worst” that the dark web has to offer comes by way of its “Assassination Market.” This is exactly what you think it is – a place where users can pay money with the specific intention of having someone assassinated.

The dark web is home to many of these markets, in fact, where illegal goods like drugs and firearms are sold. In an effort to remain as anonymous as possible even in the middle of a transaction, Bitcoin has quickly become the favored currency among its users.

Where the dark web suddenly becomes relevant to small and medium-sized business owners, in particular, has to do with its intersection with cyber crime.According to one study conducted by the Norwich University, the total amount of revenue generated by criminal activities on the dark web exceeds $100 million per year. People are regularly using it to develop, share and test new cyber attacks before they have a proper “launch” against targets all over the world.

When you consider the fact that the cost of a single data breach now costs businesses an average of $3.62 million as of 2017 (breaking down to about $141 per compromised record), you can begin to get an idea of why the dark web has become incredibly popular among people who wish to do you harm.

Also making things incredibly difficult is the progress (or lack thereof) that law enforcement agencies are having in penetrating the dark web’s murky waters. Thanks to the aforementioned way that the dark web operates, it’s very difficult to simply “bust” someone planning a massive cyber attack. Even Bitcoin makes tracking illegal funds much easier said than done. Also complicating matters is the fact that a significant number of the sites listed on the main index of dark websites are scams – meaning that they only look like they’re fronts for illegal activity.

Still, the good news is that while the dark web certainly makes the job of agencies around the world more difficult – stopping these people is certainly not impossible. In recent years many agencies have had a large amount of success in both bringing down some of these illegal websites and arresting the users behind them. Ross Ulbricht, for example, was the person who created perhaps the most well known drug market in the history of the web – Silk Road. Though a feature film has been planned about his life, he’ll have to watch it from behind bars as he is currently incarcerated.

If you think that the dark web doesn’t have the potential to affect your employees, your customers and ultimately your business, you’ll definitely want to think again. Part of staying protected in terms of cybersecurity and the digital age involves staying aware. Knowing as much as possible about what people are up to in the so-called “dark” or “deep” web puts you in a better position to fend off new cyber attacks before they have a chance to do some real damage.

If you’re in Washington and would like to find out more information about this or any other essential IT topic, or if you just have any specific questions that you’d like to discuss in a little more detail, please don’t delay – contact Intelice Solutions today by phone at (301) 664-6800 or by sending us an email to Info@Intelice.com.