Which Is the Most Secure Phone OS?

Most people think of their smartphone as a personal device that should remain private. However, as our lives move more and more online, it's essential to have a secure phone OS that can keep your data safe.

Which Is the Most Secure Phone OS?

Most people think of their smartphone as a personal device that should remain private. However, as our lives move more and more online, it’s essential to have a secure phone OS that can keep your data safe. In this blog post, we’ll discuss some of the features offered by secure phone OSs and how they can benefit you. We’ll also compare and contrast different secure phone OSs to help you choose the right one for you. So, whether you’re looking for extra security or want to be sure your data is safe, read on for the best secure phone OS option available today. 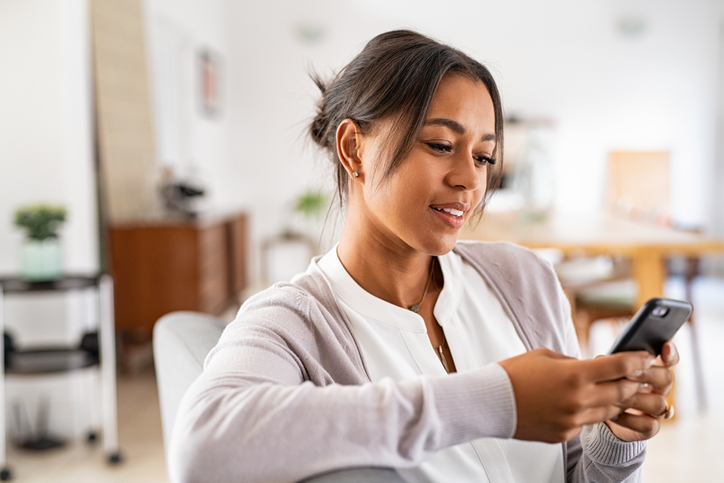 Which Operating System Is More Secure Between iOS and Android?

Considering the ever-increasing danger of cyber security, ensuring your phone’s data is safe is vital. Although this debate has been going on for a long time, I think Apple’s iOS operating system is more secure than Android.

There are several reasons for this, but the most important one is that Apple updates its source code much less frequently, which means there are fewer security flaws or vulnerabilities, to begin with. iOS is a safer platform that better protects and secures user data and information.

According to Kaspersky Labs, nearly 1/3 of all mobile malware infections come from malicious SMS messages aimed at stealing personal information or money from people’s accounts. However, security can also depend on setting up your device and what precautions you take with it. iOS secures your phone better than Android because it uses safeguards such as sandboxing to help protect against malware from infiltrating the core of the OS.

What Are the Security Advantages and Disadvantages of iOS?

Below are some of the advantages and disadvantages of iOS systems;

One significant upside is that Apple only releases its source code to a select few who follow specific guidelines.

Apple has closed source code, which means only the company itself (and those who follow their guidelines) gets access to it. Since only a select few have access to it makes it highly unlikely that viruses or any other malicious content will make it through.

The iOS operating system is more secure, which means it does not allow malicious apps to enter your phone or steal data from your phone.

Another advantage is that in iOS, different apps can’t monitor each other like they can on Android devices. Also, iOS is more efficient and faster than its competitors.

One major downside with iOS, when compared to Android, is that it has a smaller development community than Android. This means that while there are fewer vulnerabilities, they do not get flagged as quickly.

For instance, the Apple iOS 9 update had its problems, with one major bug resulting in users being locked out of their phones. When the user entered the password incorrectly, it would reset the phone’s passcode without notifying the user.

However, it did not lead to any data losses or data security threats, but perhaps what made this exploit so frightening is how long it was active–three days before Apple released an emergency update to fix it.

What Are the Security Advantages and Disadvantages for Android Phones?

iOS might have more security advantages, but Android also has some upsides in protecting your data.

One significant upside to Android is its larger development community than iOS. Being open-source means developers can scrutinize the code, identify and report vulnerabilities. They are more likely to develop solutions for security flaws before companies like Apple.

Another advantage about Android is that you can encrypt any file on the device, whereas, with iOS, you only get whole-disk encryption. Also, some users may prefer Androids because you can install apps from third-party stores like GetJar and SlideME.

Android has more freedom and customization than iOS but comes at the risk of security problems. Especially when compared to iOS’ closed source code that prevents unauthorized apps from accessing your data.

Android’s open-source code is one reason why I believe it makes it less secure since anyone can make changes to the source code and release it under an official certificate. There is a higher chance of malware infections and security flaws passing along to you before they are flagged.

Which OS Update Has Had the Worst Security Flaws?

Looking at recent history, it becomes clear that iOS has had less serious security problems than Android – particularly recently regarding their respective updates.

The worst OS update for security problems was Google’s Android Lollipop. This version of Android suffered from a vulnerability where hackers could extract personal information like passwords and credit card numbers from your phone just by sending you a text message.

Between Android and Apple, Which App Store Is More Secure?

Although neither iOS nor Android is 100% perfect at protecting your data, I give Apple the upper hand.

One of the main reasons iOS is more secure than Android is that Apple controls access to its code and hardware. This means all updates must come through them to ensure remote data wipes and privacy protection measures will work properly.

Android is an open-source operating system, which means anyone can write and modify it. While this allows for a more customizable experience and a larger development community, it also leaves users with less control over who gets access to their device or what can be done with it once another person has access.

This leaves our information at risk because smaller app stores do not have strict guidelines for verifying security certificates.

Is Android’s Open-Source Code A Weakness or A Strength? Why?

Android is an open-source operating system, which means anyone can write and modify it. It allows for a more customizable experience, but it has vulnerabilities.

It was discovered almost three years ago now that one of the main downsides to Android’s open-source code is that security holes can be found and exploited much more quickly. In contrast, iOS, being a closed system, has limited the amount of damage from such exploits.

For instance, researchers were able to bypass Android’s encryption protection by using open source code. For Android’s open-source code, even though there are more eyes on the code, it also means there are more vulnerabilities, which is why researchers were able to access root certificates and extract personal data. Although most of these security flaws are discovered by researchers rather than hackers, users are still at risk.

Hands-down on this one, iOS wins. iOS uses a closed system. The same company also makes its ecosystem components. Android, on the other hand, is an open-source system.

Androids are more susceptible because they allow you to install apps from third-party stores. Most of these stores do not verify the security of their root certificates, which leaves your information at risk for malware infections and other security flaws.

That being said, if you’re looking for an operating system that will primarily secure your phone, then I believe iOS is the way to go. Apple’s iOS is one of the most secure mobile operating systems available on the market today!

Feel free to browse through our IT Managed Services as you explore and learn more about our cybersecurity solutions. You can also contact us now for more information.

Thanks to the team at GenerationIX in Los Angeles for their help. Discover more about their services here.