Microsoft is making key changes to how it offers office virtualization: It’s great for companies, and here’s what to expect. Virtualization has greatly benefited from falling costs and increased ease of use in the past year. That makes it a whole lot easier for providers to talk about virtualization as a solution to more common business problems, especially for midsize companies. And Microsoft, no surprise, has also been keeping an eye on this trend. The result is a long-awaited update to Windows virtualization that indicates changes in the market and a new paradigm for how Microsoft is approaching the virtualization trend. That may sound a little technical, but it’s actually very exciting. Here’s where Windows virtualization is […]

Microsoft is making key changes to how it offers office virtualization: It’s great for companies, and here’s what to expect.

Virtualization has greatly benefited from falling costs and increased ease of use in the past year. That makes it a whole lot easier for providers to talk about virtualization as a solution to more common business problems, especially for midsize companies. And Microsoft, no surprise, has also been keeping an eye on this trend. The result is a long-awaited update to Windows virtualization that indicates changes in the market and a new paradigm for how Microsoft is approaching the virtualization trend. That may sound a little technical, but it’s actually very exciting. Here’s where Windows virtualization is heading, and why we like what we see. 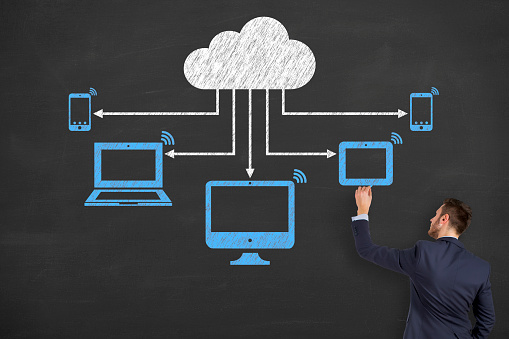 Virtualization is growing more common via security and choice

Virtualization isn’t growing more common just because providers think it’s trendy and try to sell it; It also has answers for growing problems with data management. Take security, for example. Localization is growing increasingly dangerous for companies that are targets of hackers, and hackers are increasingly targeting smaller companies with less security. When you keep data on a local hard drive — especially a mobile hard drive on a phone or tablet — it becomes far less secure and far easier to steal. The security solutions for this problem are limited, but virtualization provides a better answer by allowing the information technology staff to group data on server hard drives and allow only limited access, as necessary, from other devices. Data is made available but becomes far more difficult to hack.

Another reason virtualization is a growing standard is “choice,” something that Microsoft is marketing heavily. Basically, this means that employees can work from any device they choose in pretty much any location as long as they can access their virtualized desktops. Providers can offer similar services no matter what machines a company likes to use, allowing for a lot more flexibility and compatibility.

Okay, onto the big news from Microsoft and the CSP or Cloud Solution Provider program, which is Microsoft’s fancy way of saying “online partners who sell our stuff.” The problem was that for years, Microsoft wasn’t quite sure how to sell virtualized services. It tried to package them in odd ways, and many companies were turned off by the high costs and limitations associated with virtualization programs — specifically, strange hardware requirements that didn’t make a lot of sense at the time and made even less as virtualization became more popular. Partners just weren’t on board.

So Microsoft has decided to turn this ship around by allowing partners to sell their own virtualization use rights for Windows 10 subscriptions. They will be able to host services either through Azure or through other third-party hosting partners. This allows for much greater freedom in creating virtualization packages and passing them successfully on to customizers. There will be various licenses for the new Windows 10 Enterprise and Microsoft 365 packages. Buy one of these packages and virtualization rights are basically included from the beginning, including for customers that don’t necessarily have per-user licensing or who don’t use a Windows client. Bottom line, this is Microsoft saying, “All right, everyone can virtualize services on our platform now.”

In addition to the new licensing options, Microsoft is also creating a new certification program for those third-party hosting partners that we briefly mentioned. If a third party wants to host Microsoft-ready virtualization, it will need to earn this certification. It’s Microsoft’s way of ensuring a bit of product and quality control. This was always going to happen, and it’s a good thing; setting some parameters on how to offer virtualization services is necessary to keep these new CSP subscriptions from going completely off the rails. Expect a lot of common virtual machine providers to immediately sign up for this certification process.

The rise of low-cost Windows machines

Microsoft’s change on virtualization wouldn’t be complete without talking about Windows 10 Cloud and other Microsoft plans for the future. It’s become pretty apparent via leaks and official statements that Microsoft wants to start offering a trimmed-down version of Windows 10 that operates primarily from the cloud, including machines specially designed to run Windows 10 Cloud.

This would be an interesting move for Microsoft, which probably has its eye on Chromebooks; the ultra-affordable, lightweight laptops running Chrome also depend on cloud software for most of their capabilities, and while they can’t do everything, they are very popular for a certain type of buyer or business looking to cut costs. Microsoft doesn’t like the idea of Google having a monopoly on this idea, so it’s stepping up with a cloud device of its own. What this will look like isn’t entirely certain yet, but virtualization is likely to be a big part of the plan. Even if you aren’t especially interested in virtualization, keep an eye out for these affordable Windows machines in the coming months.

Two final points about this big Microsoft change: First, cost scaling is still a little uncertain, especially for the end user. The new model is promising, but virtualization may still be a costly prospect. Prices are likely to be driven down over time, especially since Microsoft’s move encourages more competition, but don’t expect everything to be affordable right away.

Second, while virtualization has been simplified, we don’t want to promise anyone that it will be simple. With multiple providers and hosting companies offering competing ideas, it may even get more difficult to find out exactly what your company needs and what will save you the most money. If you are interested in virtualization, the first step is to sit down with your IT experts and start a thorough research project to find your options.

The good news is that we can help. If your Washington company has questions about IT services and what you need for the future, Intelice Solutions is ready. Contact us at (301) 664-6800 or Info@Intelice.com to learn more about our specific data services and what we can do for you.