The Future We’ve All Been Eagerly Anticipating Is Here – Are You Ready?

The standard of next-generation telecommunication is no longer the future, but the present. You’re probably not using it, even though you should be, and you may have to wait. When casual conversations bring up speed, it’s inevitable we hear the clichés about “faster than the speed of sound” or “faster than the speed of light”. Sometimes, if participants are up on pop culture, even “faster than Usain Bolt” is tossed around. Which travels faster, light or sound? Light travels at about 300,000 kilometers per second, and the speed of sound is usually around 300 meters per second. What is the fascination with speed? Faster cars, faster jets, faster roller coasters…we are compelled to increase speed and speed capacity […] 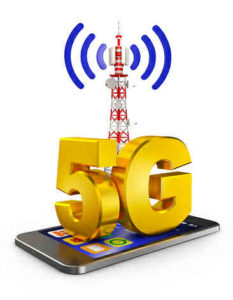 The standard of next-generation telecommunication is no longer the future, but the present. You’re probably not using it, even though you should be, and you may have to wait.

What is the fascination with speed? Faster cars, faster jets, faster roller coasters…we are compelled to increase speed and speed capacity – you may even have the speeding ticket to prove it! We’re an impatient bunch – or is it a competitive drive that fuels us further in our quest for the next fastest “thing”?

When conversations turn to tech talk, the topic of speed is generally relative to a generation. No, we don’t mean Baby Boomers versus Millennials. The speed at which data travels wirelessly, whether it’s over an organization’s wireless network or a major wireless provider’s network, puts consumers entirely at the mercy of current technology and our data connection. Have you ever been on a Google Hangout and had your connection interrupted? It’s frustrating, possibly embarrassing, and potentially costly if the Hangout was a sales pitch.

There are currently five generations of wireless communications standards:

Note that last part: anticipated to be globally available by 2020. Currently, maybe five countries are using it based on wireless providers. Most of the larger providers are testing 5G implantation, including Verizon and AT&T in 2018. The complication is that the U.S. infrastructure doesn’t yet support 5G wireless technology, so even with the “Big Box” mobile service providers testing the technology, consumers won’t get the benefit – yet. But what’s crucial to keep in mind about the future is that 5G is more than faster data speed. The next generation of wireless technology seeks to enable new and incredible insights that drive efficiencies. In other words: faster and smarter! How is wireless technology smart? Glad you asked!

Given the explosion – not literally – of “smart” devices in the market, the Internet of Things reinforced the need for the new generation of wireless. In fact, beyond just wireless, 5G incorporates technologies like computing and the cloud for everything to be smart, and everything to connect – even smart vehicles! Technology is supposed to simplify our lives by finding ways to make things easier. Connectivity and integration further this notion, and underscores the direction of the future is with the Internet of Things.

The wireless economy and data standards are experiencing a massive evolution. Consumer appetite is skyrocketing, and the next generation will support an overhaul of the service model that allows wireless service providers to reduce costs to accommodate data needs while simultaneously driving revenue with new services. Adversely, the current generation actually incurs greater costs for data in cases like autonomous vehicles compared to the costs of its fuel. 5G will fundamentally change this service model.

All this talk of evolution doesn’t mean the existing model will disappear. In fact, the next generation – 5G – incorporates many wireless technologies, and improves upon those we already use (4G). 5G is going to change the way we interact, work, and live in general. As full-scale monetization is recognized – the cost to produce smart goods decreases for manufacturers, and the cost to support increasing data needs decreases for service providers, thus passing these reductions on to consumers – we can expect to see ever greater numbers of smart goods. For example, hospitals are migrating to electronic health records in greater numbers due to the simplicity of the centralized patient records and access to complete history at-a-glance, but the ease of submitting prescriptions to external pharmacies has also been increasing with major metropolitan hospital systems. From cars to hospitals, the 5G model will not only support but become critical to data needs in this evolution.

The transition to 5G will require the U.S. infrastructure to transform to cloud-based architectures with a virtualized core, and it’s expected that companies will spend over $300 billion by 2025 to upgrade and become compatible with 5G demands, including new data centers, new network transformation gear, and new modems/IPs.

There aren’t currently any mobile devices supporting 5G capabilities, but we can expect an upcoming surge of announcements with new products flooding the market once 5G is more widely adopted. Hopefully, the United States isn’t late to that particular game!

Excited for the future generation of wireless telecommunications, Qualcomm debuted the first 5G modem in 2016, and in 2017 European leaders established a baseline for next-generation standards. It’s safe to say the world is not just open to 5G, but embracing the changes in technology this next generation is ushering in.